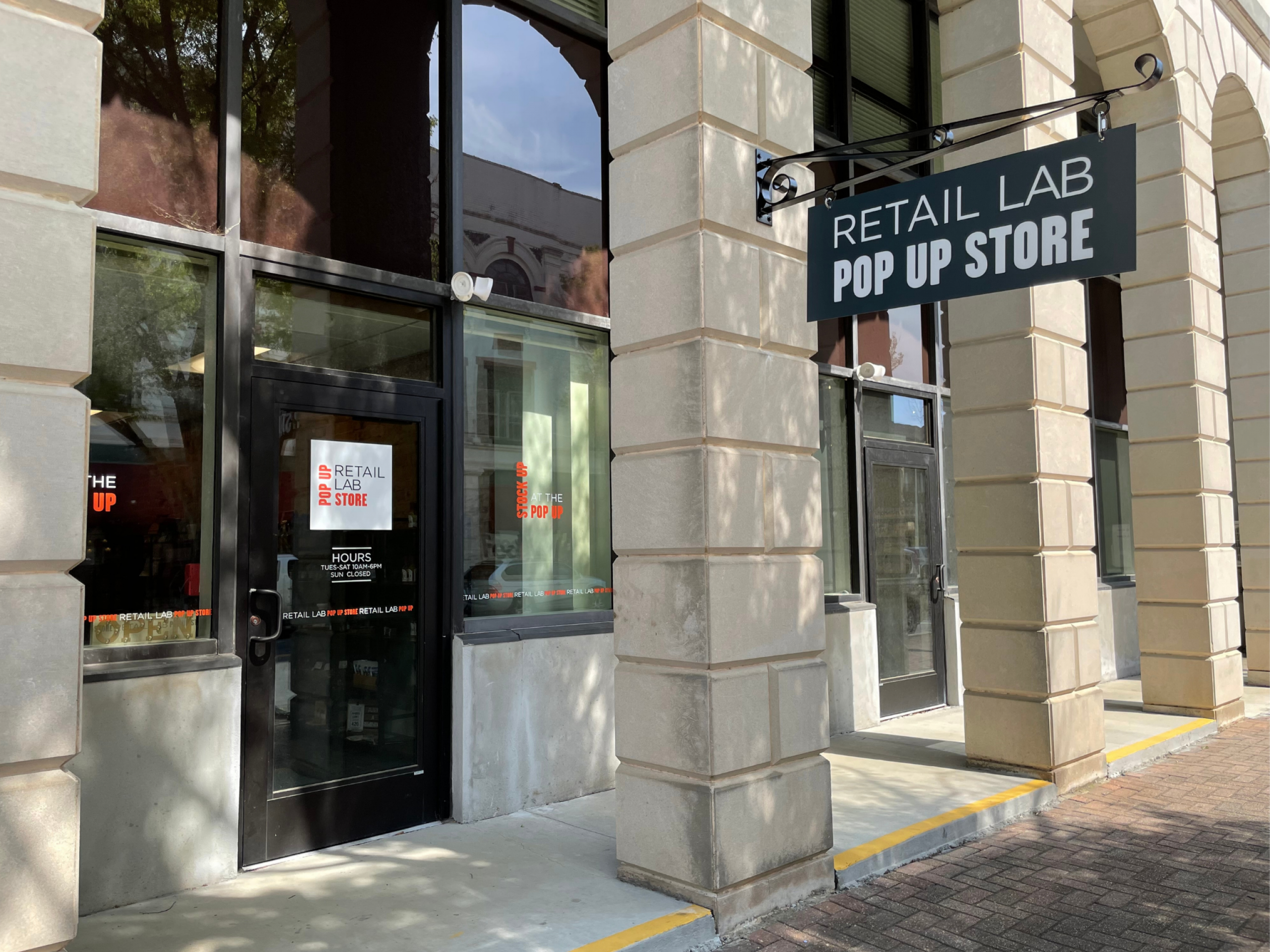 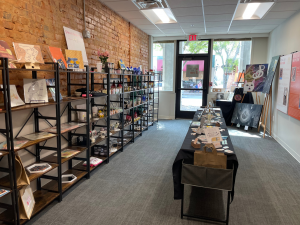 On Wednesday, April 13 at noon, new local retailers will cut the ribbon to officially open the Retail Lab Pop Up Store at the Cabarrus Center in downtown Concord.

The idea for the Retail Lab Pop Up Store was birthed after the completion of the Cabarrus Center’s first Retail Lab Boot Camp program in the fall of 2021. Members of the cohort were offered the opportunity to pitch for the use of the Retail Lab space in the Cabarrus Center as a 6-month pop up shop, but most of the early stage retailers were not prepared to staff and fill an entire store with inventory.

A co-op model was presented to the cohort where they could share the space, the staffing hours and the operating expenses. Through this opportunity, they would be able to put into practice what they learned from the Retail Lab Boot Camp and test out their concepts in a real brick-and-mortar space, without all the risk of doing it on their own.

Kristen Daily, artist and owner of Sunshine & Gem Co., was quick to accept the opportunity. “It was such a letdown when the Retail Lab Boot Camp ended and I no longer had the ability to continue learning with my cohort. When the pop up store idea was presented, it was an easy yes,” said Daily. 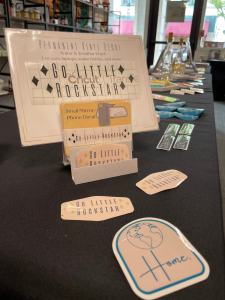 Daily had recently moved to Kannapolis when a friend sent her the information about the Retail Lab Boot Camp. She was able to grow her confidence and engage with and learn from other new business owners in the cohort as well as the instructors.

Since the Retail Lab Pop Up Store had its soft opening in mid-March, Daily has found the experience to teach her even more about her customers and operating a retail business. “I took what I learned in class and applied it in the store. I get to ask customers questions about what they like and where the currently buy similar items to mine. This gives me invaluable insight that I wasn’t getting from selling online,” said Daily.

The Retail Lab Pop Up Store gives customers the opportunity to support and meet new local retailers and learn the story behind the products as they shop. The companies in the store will rotate on a 6-month basis and the store will serve as a continued learning experience for the participants in current and future cohorts of the Retail Lab Boot Camp.

The community is invited to the Grand Opening on April 13 at noon as well as regular business hours of Tuesday through Saturday from 10 a.m. to 6 p.m. The store is located at 57 Union Street S. next to the main Cabarrus Center entrance.

Learn more about the Retail Lab Pop Up Store and its vendors on the Cabarrus Center’s website at www.cabarruscenter.com/pop-up.

About the Cabarrus Center:

Located in the heart of downtown Concord, the Cabarrus Center for Entrepreneurship and Innovation offers professional workspace, meeting rooms, event space, educational workshops, networking events, business resources, mentorship services, and a host of amenities to support entrepreneurs who are launching or growing their businesses.